I can build my house with just a screwdriver

La Voz de Galicia journalist Toni Silva summarizes the essence of the Ubuild construction system in one sentence: “I can build my house with just a screwdriver”. There have been many times when I have had to explain to people how Ubuild works and what its main features are, but it was Toni Silva who taught Ubuild’s creator, that is, me, how to reach out to people in a clear and direct way. The article published on the back cover of La Voz de Galicia has had a great impact and it has been a key in making Ubuild known.

This is just a note to thank Toni Silva and La Voz de Galicia for helping me, a professional who, at his own risk, set out to research a topic (that of numerical controlled wood-processing), which I knew had a great deal of potential, even though at first I did not know how to go about it. It took me a long time to develop the idea and then patent it, but the hardest part was yet to come. I wanted to bring Ubuild closer to the public, and give them an opportunity to learn that here in Galicia, we have created a new and unique construction system that provides users with great flexibility when it comes to building construction and, especially, home construction. 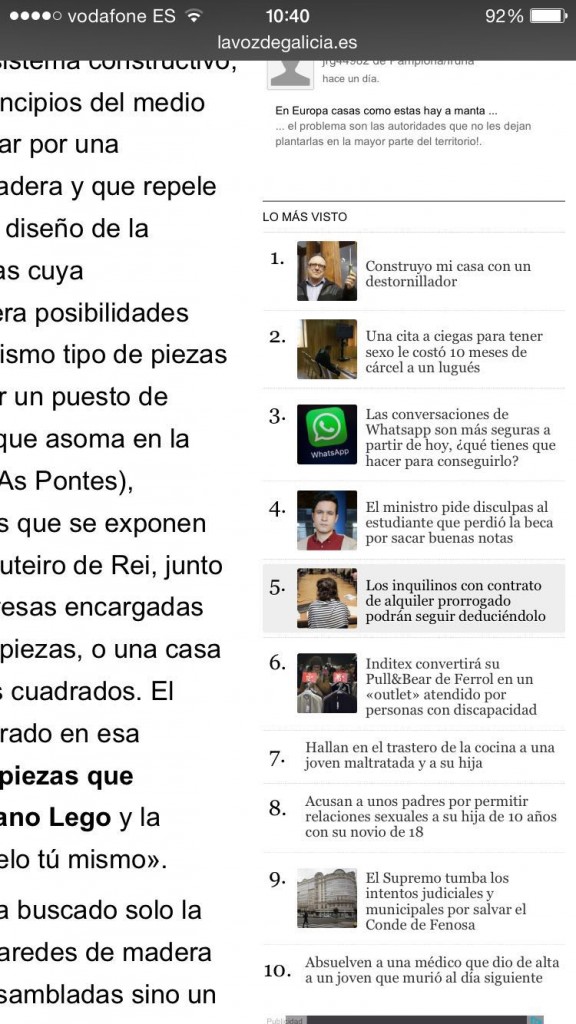 It was the most read article from the online version of La Voz De Galicia. Toni Silva’s choice of title and the way he wrote his article was a determining factor. I have nothing but gratitude because,  after an enormous effort, that article has been a major boost to Ubuild but also to its creator, the person behind this post or, as Toni would put it, Galician architect Alberto Corral.