Kaisa-talo, a unique building in Helsinki. 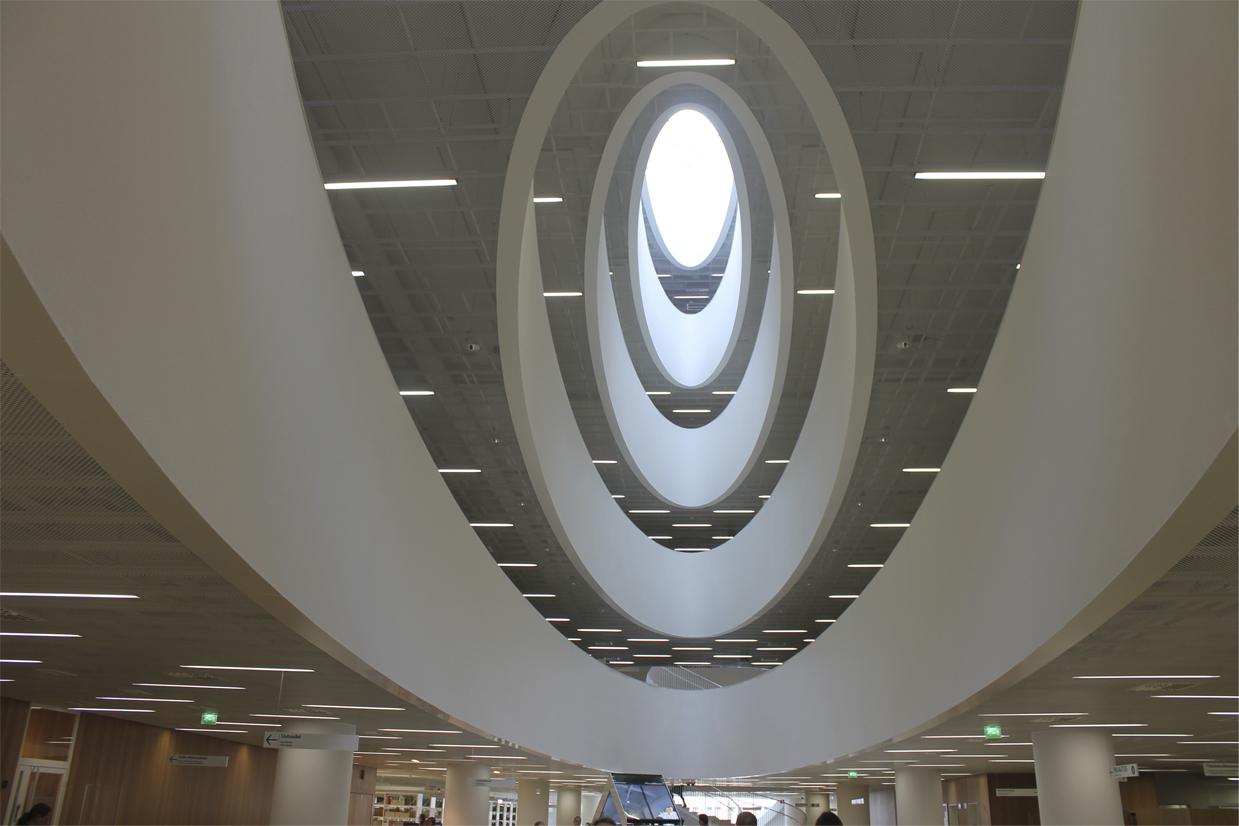 I want to address one of the works that has impressed me most over the past few years. I am talking about the Kaisa-talo building, housing the Helsinki University Library (HULib). This project, carried out by the AOA studio (Anttinen Oiva Arkkitehdi) seems almost magical. When you see the general ground plan where the central space populated by a series of elliptic and parabolic shapes, you won’t believe how striking the spatial impact is. 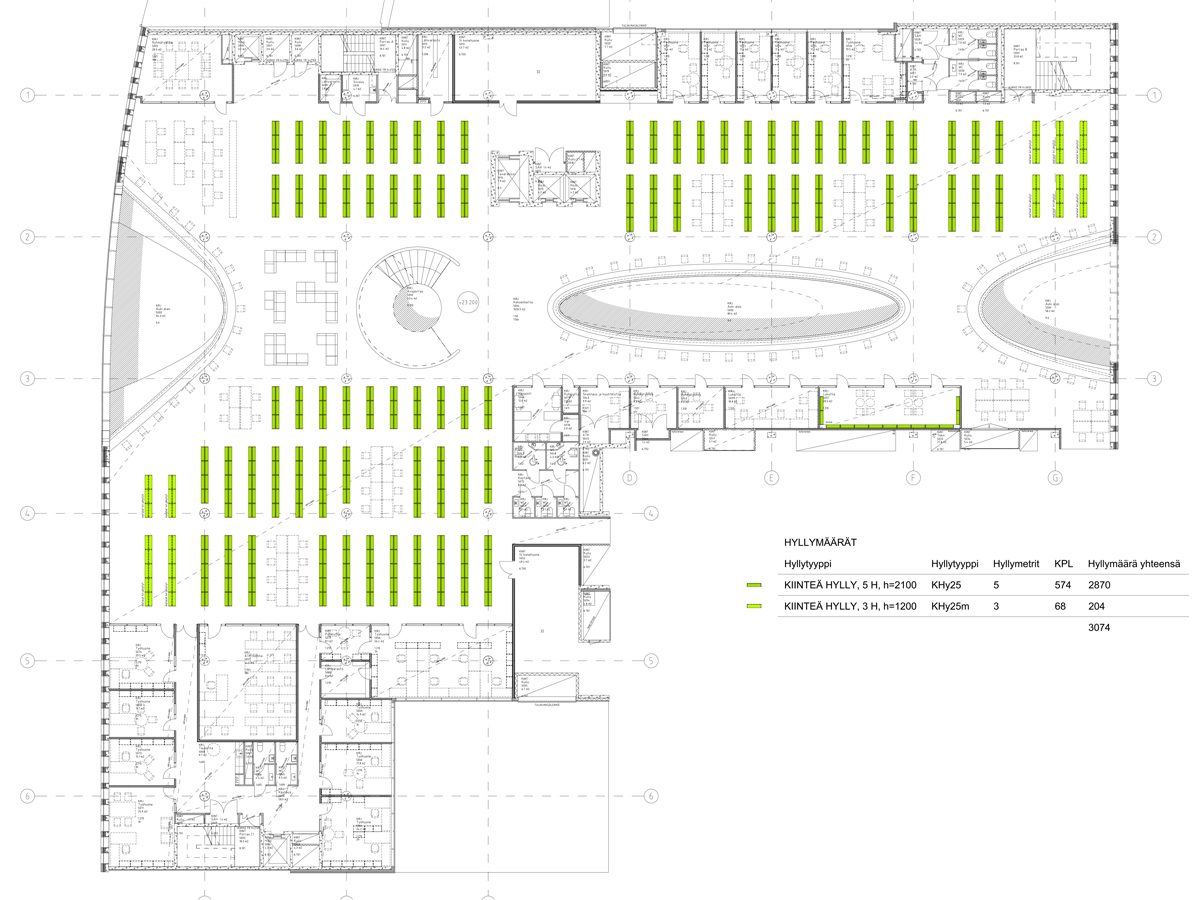 It you take a close look at a longitudinal section, you can get a clearer picture of what this space looks like, but it is something you have to experience in order to fully understand it. The same happens with music. Sometimes you enjoy a song, but think “I’ve heard this before”, however, sometimes a song may surprise you. 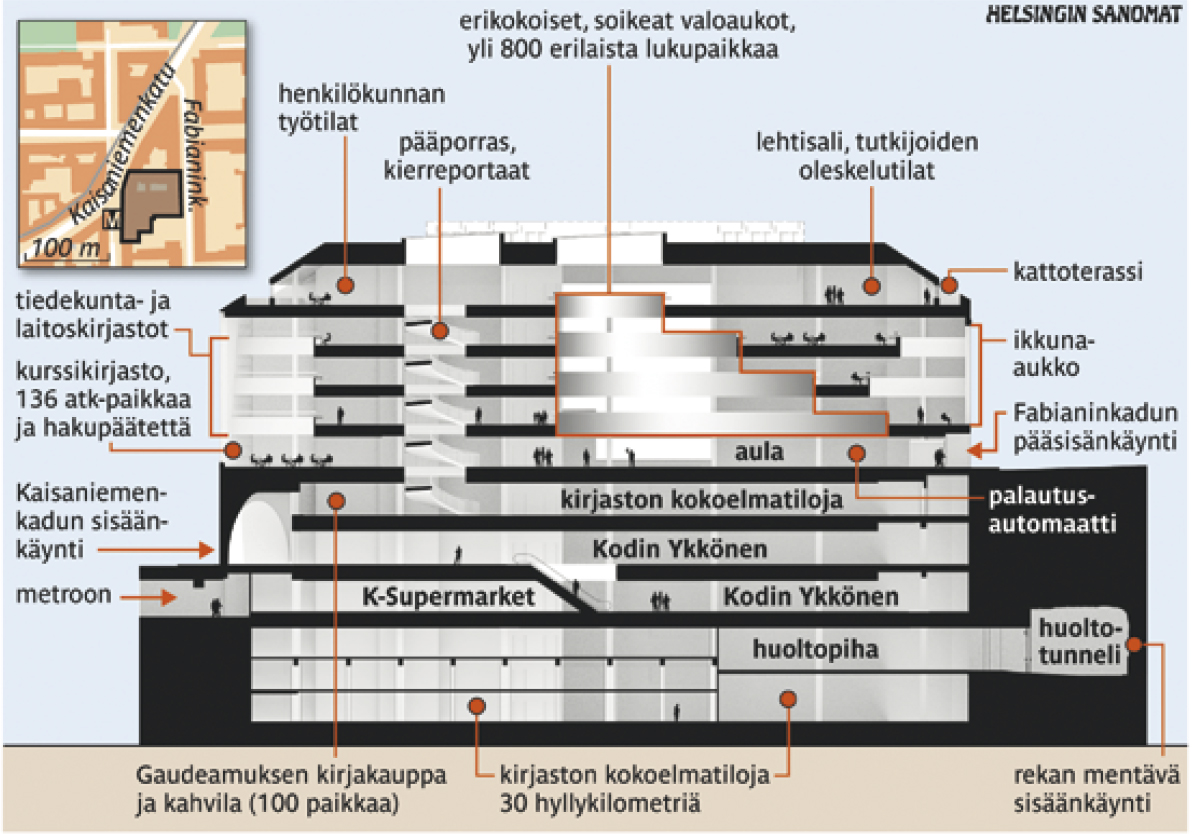 In a similar way, walking through the Kaisa-talo building was something new and exciting. The harmony among shape, function, and light achieves spectacular results. It is spectacular because of the space’s own essence, and not because of an effect created by forcing shapes to create a theatrical effect. The building’s inner strength lies in its own simplicity. It has been a real architecture lesson and I’m very thankful to have enjoyed it. 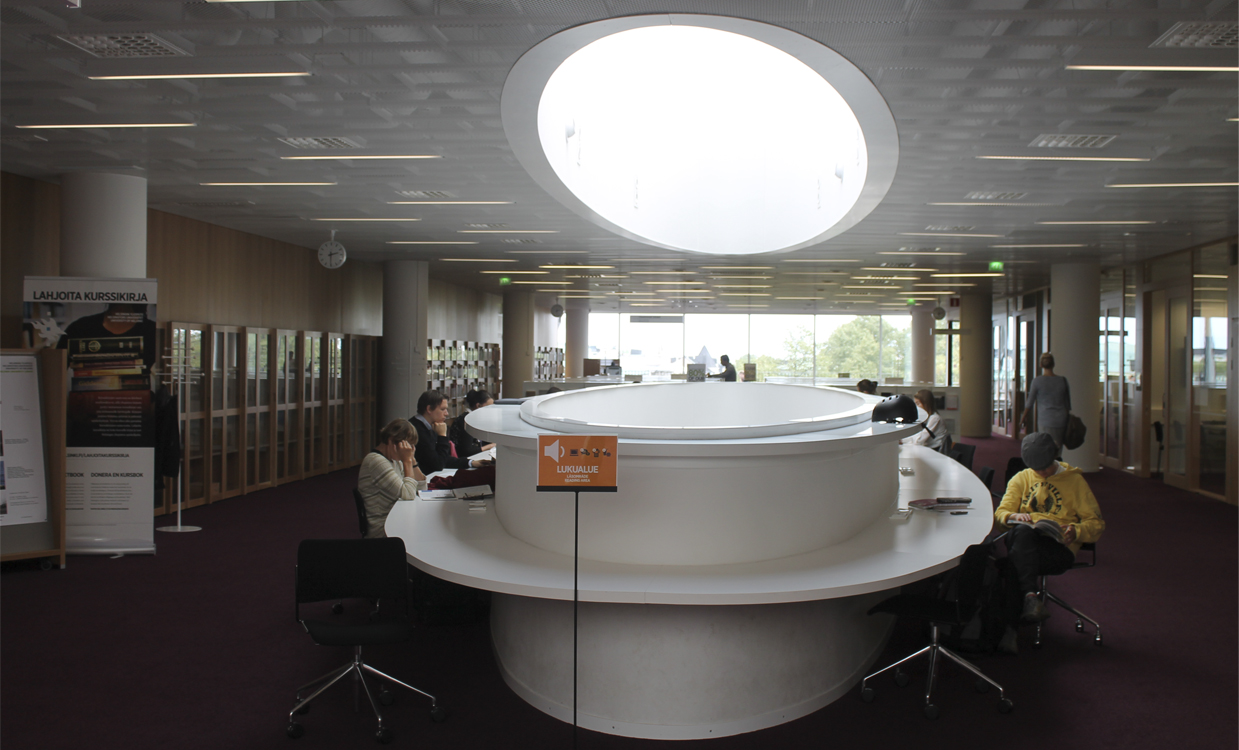 The two façade, especially the one that faces Kaisaniemenkatu street, outwardly convey this inner strength in a brilliant way. A grid made of small windows provide a very softened light, which is disrupted a series of big, parabolic-shaped windows, letting light reach the central space. 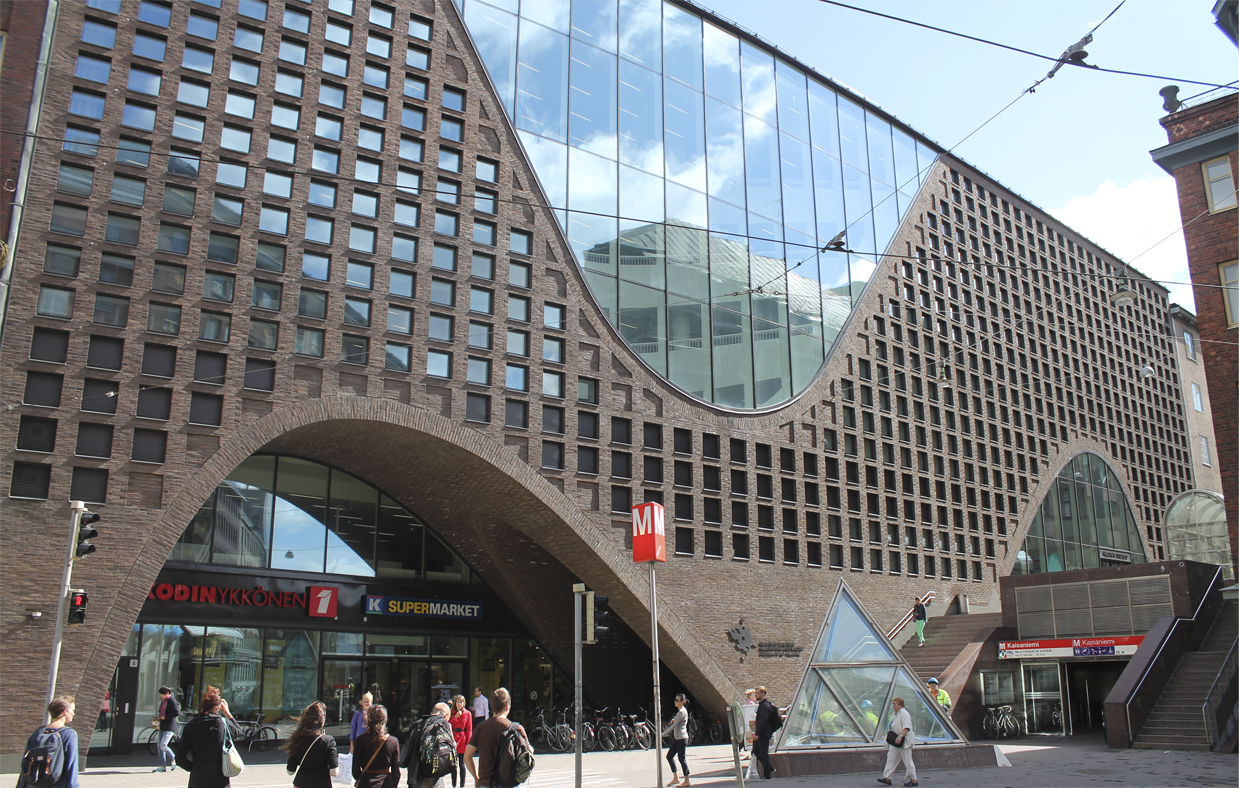 The building is very easy to find. If you are standing in front of the main façade of the Saarinen train station, you can almost see it, as it’s less than 5 minutes away on foot. TAke the Kaivokatu street, and then you can find Kaisaniemenkatu street. You don’t need any extra further directions to find your way. As you get closer, you will notice that something is happening.

If you can visit Helsinki, you will enjoy the city and its people, Finland’s nature, classical works such as Alvar Aato, or Saarinen… but also numerous recent works, the wonderful Kaisa-talo (HULib) mong them.Meanwhile, here is a video with a video tour of the building.